Jignesh Shah: The other side of the Target

A common bollywood story has a hero and a villain. A drama has long been playing in the backdrop of politics and stock exchange market. This drama too had a protagonist and an antagonist, but the viewers are still confused about who is who. The curtain unveiled a few days back with a well investigated script ‘The Target’.

The story of Jignesh Shah has been on a road full of ups and downs. It seems he was too focussed on reaching the horizon, but again, the road of business never comes with the  sign ‘Bumps Ahead’. Shah was awarded US-India businessman of the year in 2006, little did he know that in the coming years life was about to take a U turn. In ‘The Target’ Shantanu Guha Ray mentions:

In less than a decade, DGCX had positioned itself as a global financial hub, adjudged ‘Exchange of the Year 2013’, trading in bullion, currency and metals in Dubai (historically an important centre for trading in gold and other commodities). 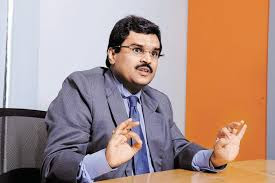 This was a historical milestone for India, but in Delhi no reactions were forthcoming from the government, even the bureaucrats did not talk about the ground-breaking move. On the contrary, the government sent out feelers through the Mumbai-based Reserve Bank of India (RBI), wanting to know what was happening in Dubai, and whether or not Shah and his men were flouting the rules.

On one side where Jignesh Shah and his company were trying to restore the glory of Indian economy, everything else back home  was going wrong. Ray further clarifies this:

That was strange, if not absurd. A country that awards instant stardom to an Indian, who becomes the CEO of a global company, had no words of appreciation for an innovator and entrepreneur, who had achieved global recognition for excellence in building world-class financial institutions and services through lucid, well-regulated and well-audited processes.

However ‘cinematic’ the story may seem, all the events and characters in it are real. A lot of it has remained untold for years, but new facts have been brought in light which help us know more about the other side of the coin.