The perfect aim at ‘The Target’, Jignesh Shah.

With Jignesh Shah on the aim of top politicians and bureaucrats because of his quick rise to the heights people seldom dream of, the beartrap made for him was inescapable. But what they didn’t notice was that they had left a trail of footprints to follow. Shantanu Guha Ray, a former tehelka journalist, stuck to his roots of investigative journalism and deduced the ultimate truth out of it.  Ripe with myriad anonymous conversations, Shantanu has managed to create the suspense yet veil the curtains off the facts.

Here is an example of such interesting excerpt from the book:

This one was narrated to me by a bureaucrat friend in Delhi, the person spoke on condition of total anonymity. Soon after the NSEL mess happened, a few civil servants – two from the MoF and one from the DCA – sat down together to ruminate and ponder over the problem. They even got an analyst who was an expert in markets, to specifically explain the minute details of the NSEL payment crisis.

So what did the brokers do in the NSEL crisis, asked one bureaucrat? 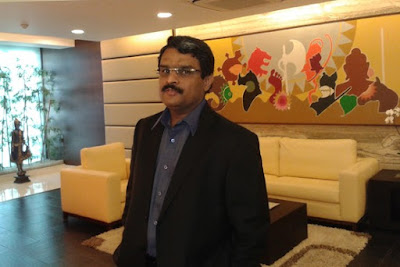 The expert crisply summed it up as the handiwork of dubious brokers. They did a lot of things that were fundamentally illegal. They created a structured product involving a contract for simultaneous buying and selling of commodities on the NSEL platform, thereby ignoring NSEL’s dictum to inform the clients of the risks involved in such simultaneous buying and selling of commodities. Worse, there was aggressive marketing and mis- selling apparently promising assured returns in violation of NSEL’s circulars. There were various instances of funding clients that should not have been done. Yet, for such dubious deals, to avoid income-tax, business income was illegally offset with questionable losses and expenses incurred on dubious deals.

A lot of tools were used to fire the guns, bureaucratic power, political clout, police and even internal commotion, but throughout the whole scenario the target remained unchanged, Jignesh Shah.