‘The Target’ deals with plunder of Jignesh Shah’s empire

Investigative agencies like Forwards Market Commission (FMC) are government bodies who are expected to give a fair chance to both the victim and the accused during their enquiry. Unfortunately for Jignesh Shah, the FMC played puppet in the hands of powerful politicians and bureaucrats to ruin the company most strategically.  The following excerpt from Shantanu Guha Ray’s ‘The Target’ will describe how the balance of justice shifts according to priorities.

The FMC had also stated in the same letter that there was a possibility that these defaulters may have diverted the funds, and have therefore violated the Prevention of Money Laundering Act (PMLA). In fact, the defaulters were found to indulge in cheating, forgery, theft, breach of trust, bank stock hypothecation, investing the default amount in purchasing benami properties and making the recovery process extremely complicated. But the FMC took no action against them at all. 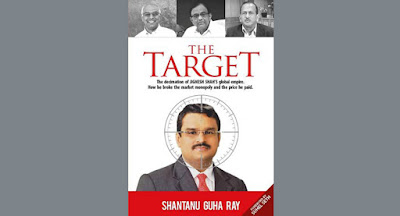 Most of these defaulters have reportedly invested the default money in prime properties or elsewhere. For instance, although the EOW of Mumbai Police had arrested a defaulter, Ramesh Nagpal, Proprietor of Shree Radhey Trading Co, Saharanpur on March 1, 2016 for his inability to pay up his dues of Rs 34 crore, he had already purchased and gifted his son Sunny Nagpal, a four- bedroom flat in Kharghar, Navi Mumbai’s prime property area. Despite this fact, no action has been taken against similar other defaulters. Neither have the defaulting companies been merged nor have their bank accounts been sealed. Their managements have not been changed either.

The FMC did not take any action at all against the defaulters, despite the fact that the EOW of the Mumbai Police had established a clear money trail to the 24 defaulters also stating that no money trail was found to NSEL, FTIL or its non-executive directors.